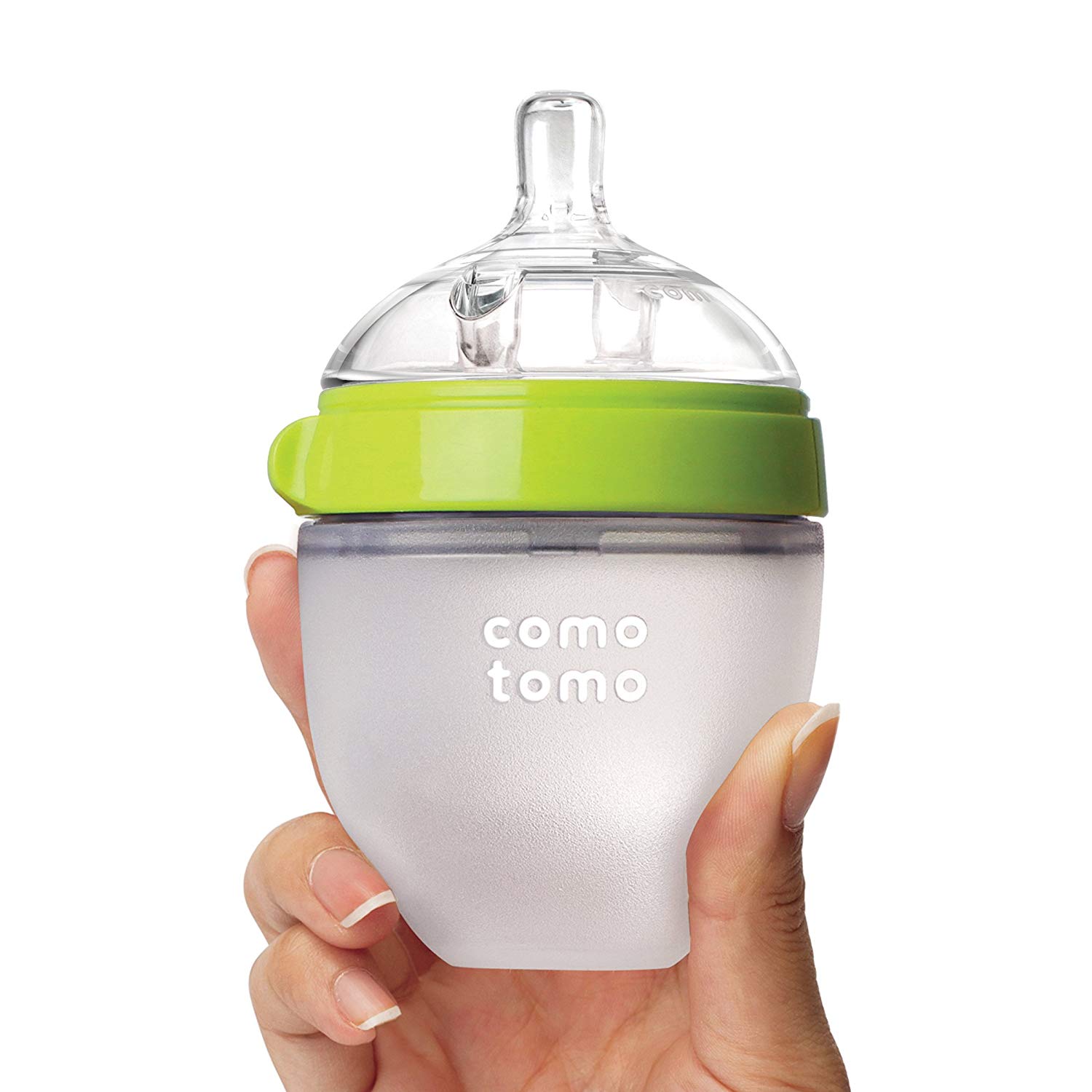 A versatile cylinder which is used for pumping, saving, delivering and feeding of breast milk id known as a breastfeeding bottle. Those mothers who are feeding their babies it is very necessary to have a feeding bottle with them. These bottles are for those infants who are dependent upon breastfeeding since his birth. Being a careful parent it is important for you to select the best bottle for your baby. While choosing the breastfeeding bottle many points should be kept in consideration. The main advantage of these bottles is that very other person can feed the little gem at any place.

Keeping in mind the shape of a bottle, structure of nipple and sucking quality of it they are divided into following main groups.
• Standard Bottle
Simple bottles made commonly of glass, plastic and even steel, liked mostly by mothers for their kids. It has the traditional design and also mothers approved it.
• Angle-Neck Bottle
A special design bottle whose neck is bended to stop entering and filling of a nipple with air. A unique function of Angle-Neck Bottle is easy sucking of milk and prevents their stomach to be filled with gas.
Along with it, it also has one drawback that is a little difficulty in cleaning of bottle.
• Disposable Liner bottle
With the aim to reduce gassiness these bottle are manufactured, which are made up of plastic and become shrink as baby sucking milk from it. It has a simple design and cleaned easily. It is an environmental friendly product. As it is a disposable bottle so just is just once.
• Vented Bottle
A built-in tube is fitted in vented bottle to stop forming of air pockets in nipple and bottle. Useful for the prevention of gas. Its vents part of little harder to clean.
• Wide-Neck Bottle
These bottles are best for those kids who are transferred from breast to bottle because of its wide neck. It is a short bottle with a broad neck on the top of a bottle. Due to its wide opening it is easy to clean.

Safety is concerned mostly to the plastic breastfeeding bottles because it involves the use of such chemicals which can be injurious to health of your little angel. Concerns regarding the safety of the plastic bottles are as follows.
• Firstly one should avoid the use of a plastic.
• If you are using plastic than do not go for the plastics which are labeled with recycling codes of, 3 (phthalates), 6 (styrene) or 7 (bisphenols). So you should go for a bottles marked as ‘biobased’ or ‘greenware’.
• As chemicals can be released from the plastic of a bottle so must avoid boiling of the plastic. You can sterilize them by heating in a microwave or washed with dishwashing detergents.
• Examine the bottle in regular time period to check whether the bottle is cracked or not. Nipple of a bottle is fine or it has changed its color or whether the nipple is sticky or not.
• Choose the best material as you can for your baby.

Main part of breastfeeding bottle is its nipple. So as much you are concerned with the material of the bottle, importance should also be given to the nipple of a bottle. There is a wide variety nipple according to the shape and size of nipple.
• Traditional nipple
o Bell shaped
o Soft nipple
o Used mostly in all types of bottles
• Orthodontic nipple
o Bulb shape top
o Flat base
o Designed as the requirements of babies
• Flat Top nipple
o Shaped like a breast
o Bigger base
o Flat top
• Anti-vacuum nipple
o Design to prevent gassiness
• Multi-flow nipple
o Have multiple passages for the sucking of milk.
o For the control of the flow of milk adjustment of position is necessary.
• Disposable nipple
o Sterile
o Can be easily cleaned
o Usually used just for one time
o Every nipple is wrapped individually

How to Choose the Best Bottle

If you have commitments as wish maintain you beyond clothing baby completely from the breast, however thou need in imitation of maintain a nursing relationship, you want according to know as bottles are best. We did the research so ye don’t have to. There are plenty concerning elements to think about when selecting a bottle:
• Price
• Material
• Pleasure over cleaning (or deficiency thereof)
• Nipple preferences
• Anti-colic features
The preceding step among the procedure is shopping for breastfeeding bottles up to expectation mimic the breast as a lot as feasible consequently the infant perform go returned and forth in the two seamlessly. Finding a bottle as absolutely mimics the motion, flow, and feeling on the breast is frequently the hardest portion of building the switch. There are numerous bottle alternatives concerning the market. To perform a decision, assume as regards you family and where wish redact your life easiest. Some babies are laidback, while others bear exact opinions regarding as bottle that prefer. Finding the correct costrel for your small some might also absorb greater than one try. You be able put together by means of abject a pair over distinctive flask starter packs of hand to take a look at out with your modern amount or simply behalf it together with the some as appears as an in shape now. Be definitive in imitation of assimilate some bottles after your registry then want in regard to the period you mini-me will be nuzzling then guzzling into your arms.